Callahan Murphy Hare was born on April 12, eleven days before his due date. He was born with a form of leukemia. 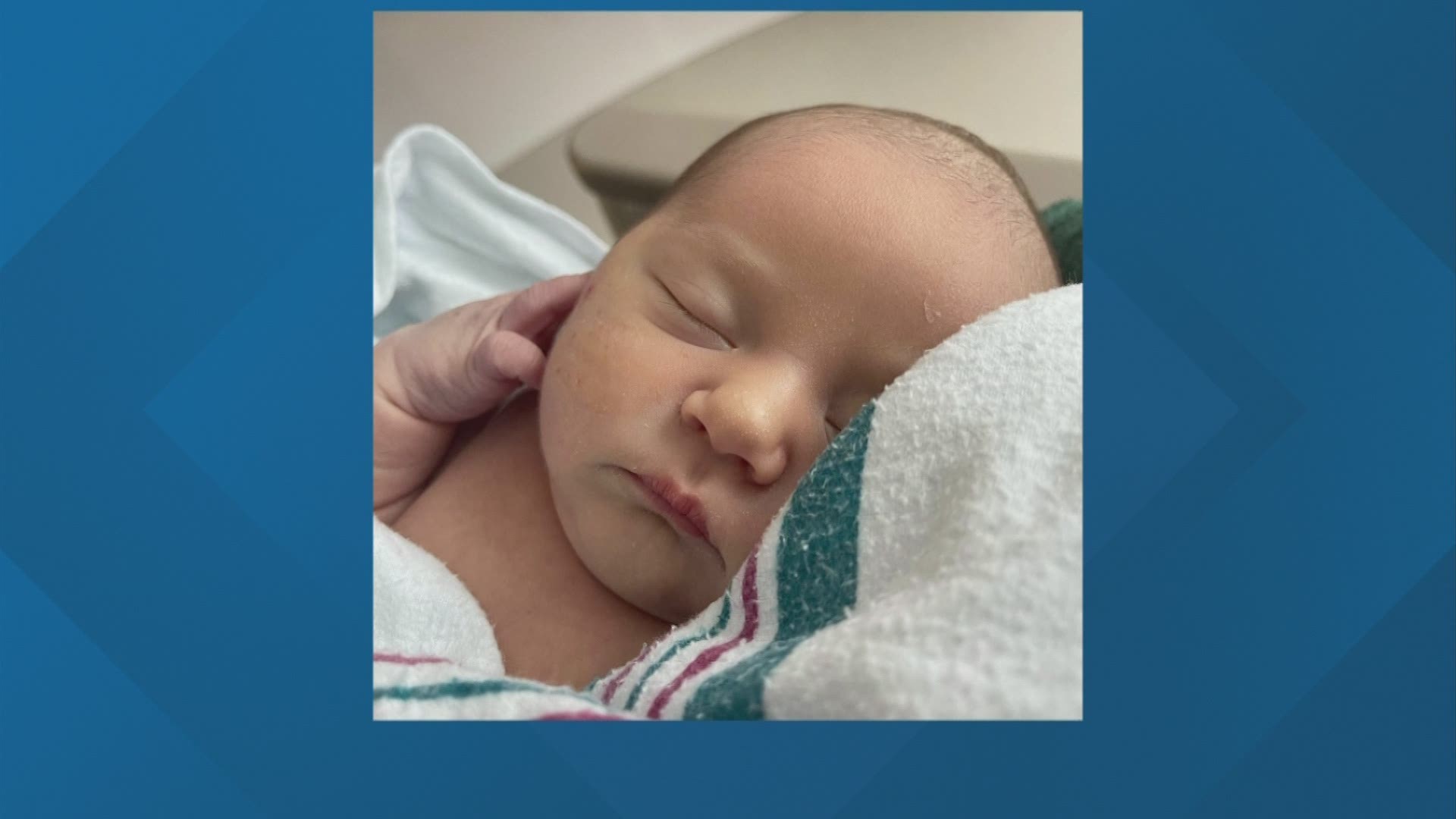 COLUMBUS, Ohio — Callahan Murphy Hare was born on April 12, eleven days before his due date. He was born with a form of leukemia.

“He wouldn't turn so we made a very last-minute decision to use a vacuum,” Callahan's mother Kate Hare said.

Hare said she did not think twice about the medical procedure that was used to deliver her baby boy. But an injury during the delivery process sent Callahan directly to the hospital NICU where doctors performed a CBC, or complete blood count, panel. Doctors, however, came back with grim news.

“When they (doctors) specifically said, 'We're concerned about the malignancy in his blood' I just felt like the legs were cut out from underneath me,” Callahan's father Matt Hare said.

In less than 48 hours, the Hare's learned their son was born with infant b-cell acute lymphoblastic leukemia. Their physician, Dr. Suzanne Reed at Nationwide Children’s Hospital, said it is a common type of cancer in children, but it is very rare in infants.

The United States sees fewer than 100 cases in a year.

“In the moment, you can't even be emotional because it's just so shocking,” Kate said, recalling the moment doctors delivered the devastating prognosis.

However, she and Matt managed to find a silver lining where, they said, the chain of events during Callahan’s birth gave them a head start in his cancer battle.

“At some level, we're looking at this as a blessing in disguise because his birth was traumatic and we've heard this cancer presents itself as delivery is normal and the baby goes home and a month or two later comes to hospital demonstrating illness,” says Matt.

Another silver lining is the amount of support the Hares received from Buckeye Nation. A Go Fund Me page set up by friends is quickly nearing its $100,000 goal, thanks to thousands of shares and retweets. This includes one from former Ohio State University Football Coach Urban Meyer.

“We’re going to need people lifting us up,” says Matt Hare, who once worked at OSU’s James Cancer Hospital Development Office. “For people to have such a large platform like Meyer, Patoni, Hartline, it means a lot.”

In moments of quiet, however, Matt said he often silently apologizes to his newborn son.

“I told him that I’m sorry that his life is starting this way and I wish I could take it away, but also that he’s tough,” he said with tears in his eyes.

Toughness is something Matt knows well. In 2009, he battled multiple myeloma at the age of 25. Chemotherapy and a bone marrow transplant gave Matt a second chance at life. He has been in remission since 2011.

“In some way, our experience prepared us to be able to get him through this.” says Matt.

Kate and Matt are juggling time between the hospital and home where four-year-old Campbell is anxiously waiting to meet her baby brother in person.

“I feel sad for her. That this is not how it’s supposed to be,” Kate said. “It’s surreal that she might not meet her brother until he’s eight months old.”

Dr. Reed said Callahan will have months of rigorous chemotherapy ahead. If he responds well, he will become a candidate for a bone marrow transplant. His parents said they know Callahan is fighting.

“I’m so impressed with him and how he’s tolerating everything.”