What TV shows and movies are currently being filmed in Georgia?

Popular reality shows like 'The Real Housewives of Atlanta,' 'Married to Medicine,' 'Little Women: Atlanta,' and 'Mama June' are currently in production. 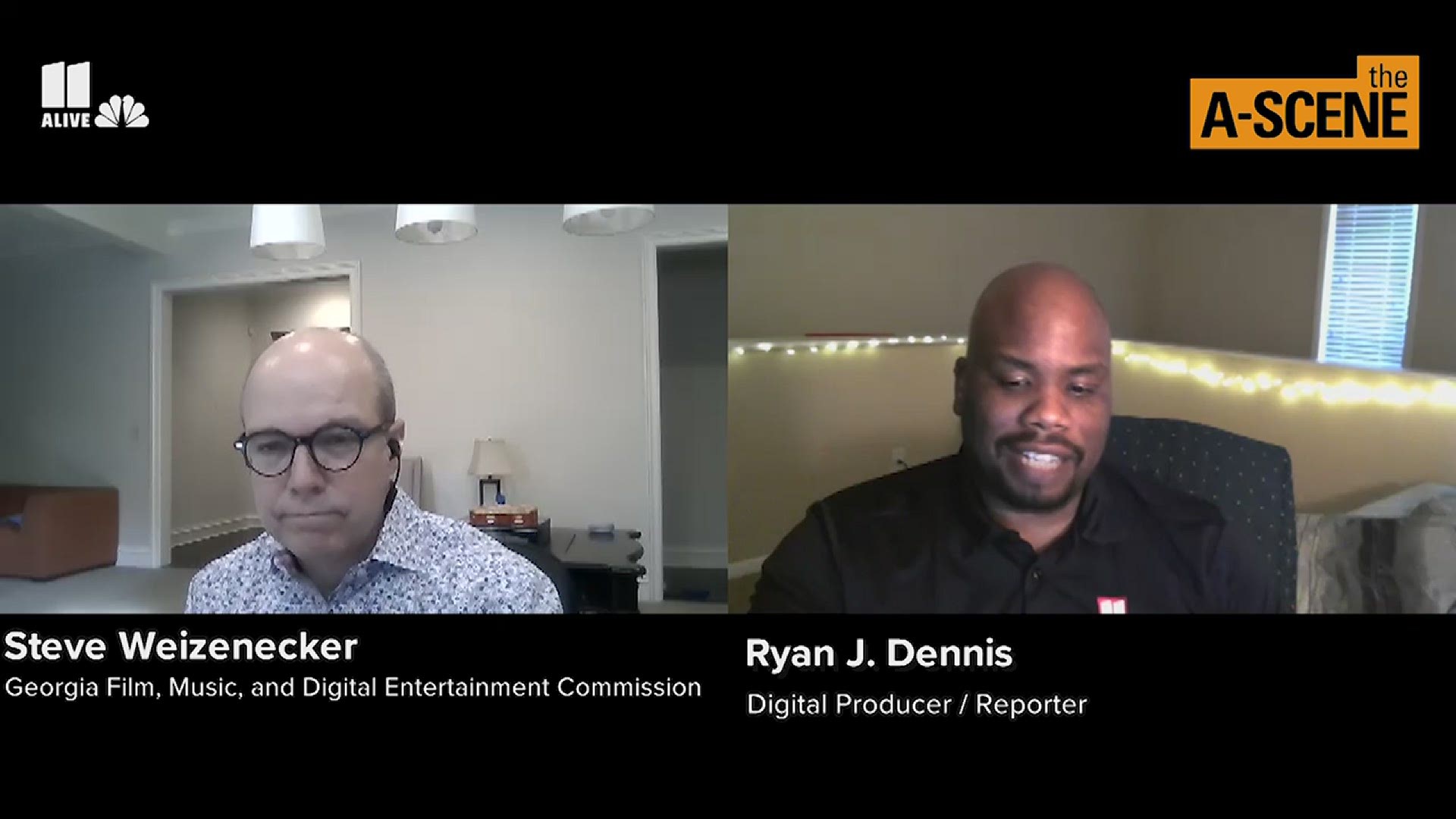 ATLANTA — As many workspaces around the country navigate social distancing and other safety measures to return to work during the pandemic, TV and film production throughout parts of Georgia are, too.

According to the Georgia Film Office, there’s at least 23 active TV series, feature films, and unscripted features being made right now.

Popular reality shows like “The Real Housewives of Atlanta,” “Married to Medicine,” “Little Women: Atlanta,” and “Mama June” are currently in production.

Media mogul Tyler Perry is one of the few mega studio owners that announced plans for resuming production, and currently has four shows that are being made for BET Networks.

Here’s a look at some of the current TV and film productions being produced in the area.

Production for the longtime-running TV game show Family Feud has moved production back to Atlanta and is now looking for local families to participate in tapings taking place in the coming weeks.

Episodes are being recording throughout August and September in Atlanta. Steve Harvey continues to host the popular show that puts two families in a competition for a grand cash prize.

Due to the COVID-19 pandemic, producers are conducting casting for family contestants online. There are no local tryouts scheduled at this time.

In order to audition, producers say  you must have 5 family members related by blood, marriage or legal adoption.

Hopefuls who want to apply must be at least age 15. Here’s more details on what producers are looking for and how to audition.

Production for the show records scenes at a soundstage in Hiram, Georgia. Calloway went to Instagram to share her excitement for season five. “#ladyella always in rare form, so hold on to your seats,” she wrote.

New episodes of the series air on BounceTV, while all four prior seasons stream on Hulu.

It’s one of the longest-running courtroom shows on television. "Divorce Court" has been helping couples duke it out, off-and-on, since 1957, with multiple television versions.

Now, there's a new judge on the bench. Judge Faith Jenkins takes up the gavel for the popular unscripted, syndicated series.

A rep for the show tells The A-Scene that producers are currently casting for guests who want to appear on the show. If you want to apply, check out more info here.

A video released by Tyler Perry Studios offered a behind the scenes look at how actors, wardrobe stylist, directors, technicians, and several of his staff practiced safety measures while recording scenes for the upcoming season.

During production of all 22 episodes for the show, staff wore mask between 12-14 hours a day, Perry’s website reports. Actress KJ Smith offered a behind the scenes look at her makeup routine in an Instagram post. In the clip, the actress showed glam staff applying her mascara with masks on.

Season 8 of the daily syndicated gabfest has continued to produce episodes during the coronavirus pandemic. The hosts of the show -- half based in Atlanta and the other half based in Los Angeles, are operating from homes instead of their radio studios.

Rickey Smiley, Porsha Williams, Headkrack, Da Brat and Gary With Da Tea normally operate from the home base of the Rickey Smiley Morning Show, which itself is syndicated to 65 radio stations across the nation from Atlanta. Frank Kramer and Heidi Hamilton are hosts of the Heidi & Frank Show at KLOS in Los Angeles.

Dish Nation is distributed by Fox First Run, a division of Fox Corporation.

Production of Season 6 of the reality series Little Women: Atlanta remains in production in metro Atlanta.

Ross died on April 27. 2020, following injuries she received in a head-on wreck in South Fulton. There have been no details revealed regarding how the series will address Ross' death, nor when the new season will premiere.

Production on the fourth season of the fantasy television series, Dwight in Shining Armor, airing on BYU TV in the United States and the Paramount Network internationally is underway. The series features a modern teenager who awakens a princess from a thousand-year-long magical sleep.

The show's first two seasons were filmed in Utah before moving production to Georgia to take advantage of the state's tax incentives.

Check out the complete list of TV shows and films in active production here.