While giving an update on his condition, Cameron revealed that he tested positive for sepsis. 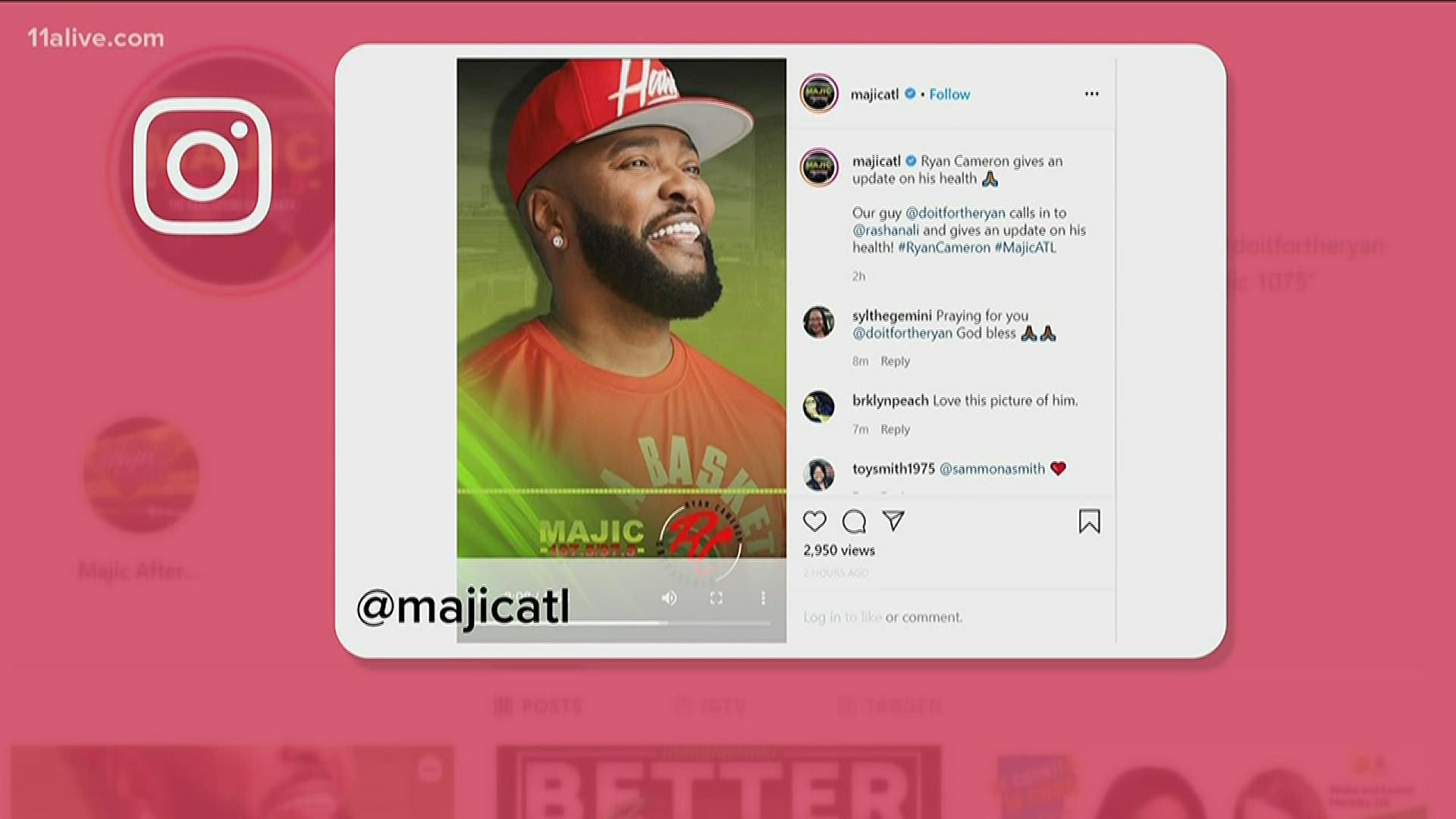 “Sister Circle” host and another popular radio talent Rashan Ali has been holding down the fort by filling in on “Ryan Cameron Uncensored,” MAJIC 107.5’s popular traffic jam talk show.

Both hosts thanked the public for their prayers and support.

Cameron started off the update sharing his appreciation to black Americans who work in healthcare.

“Don’t stop at being a nurse. Keep going to school. As I go through the trials and tribulations, the longer I stay, and the more things I have going on, the lighter the coats get,” Cameron said. “If black people who are in health care decide to take a day off. It’s a wrap. That’s my Wednesday Wisdom.”

As Cameron’s condition following the emergency surgery remained unknown, the radio host dismissed any speculation that he may have been diagnosed with COVID-19.

“Fortunately, for me, I tested negative from the virus. But I tested positive for sepsis,” Cameron revealed.

Cameron said he experienced chills and was “unconscious through Easter.”

“When I was 30 years old, I was diagnosed with mitral valve prolapse, which is regurgitation. There is four valves in the heart,” Cameron said.

“I inherited the trait from my father. Of all the things the man has given me,” he joked.

Cameron has been part of the radio scene in metro Atlanta since the mid-1990s, working with both Hot 107.9 and V-103, becoming one of the city's most popular radio voices.

He hosted the Ryan Cameron Morning Show on Hot 107.9 for eight years in the early '90s.

Along the way, Cameron has picked up two Emmy Awards, been honored with two Marconi Award nominations and been inducted into the Georgia Radio Hall of Fame.

11Alive Traffic Tracker Crash Clark worked with Cameron for nearly 20 years while they both "meddled" in the world of radio.

James Gunn says upcoming projects were not impacted by pandemic

Pink urges fans to donate meals after battle with COVID-19