Multiple groups came together to protect art in the name of social justice in today's Most D.C. Thing. 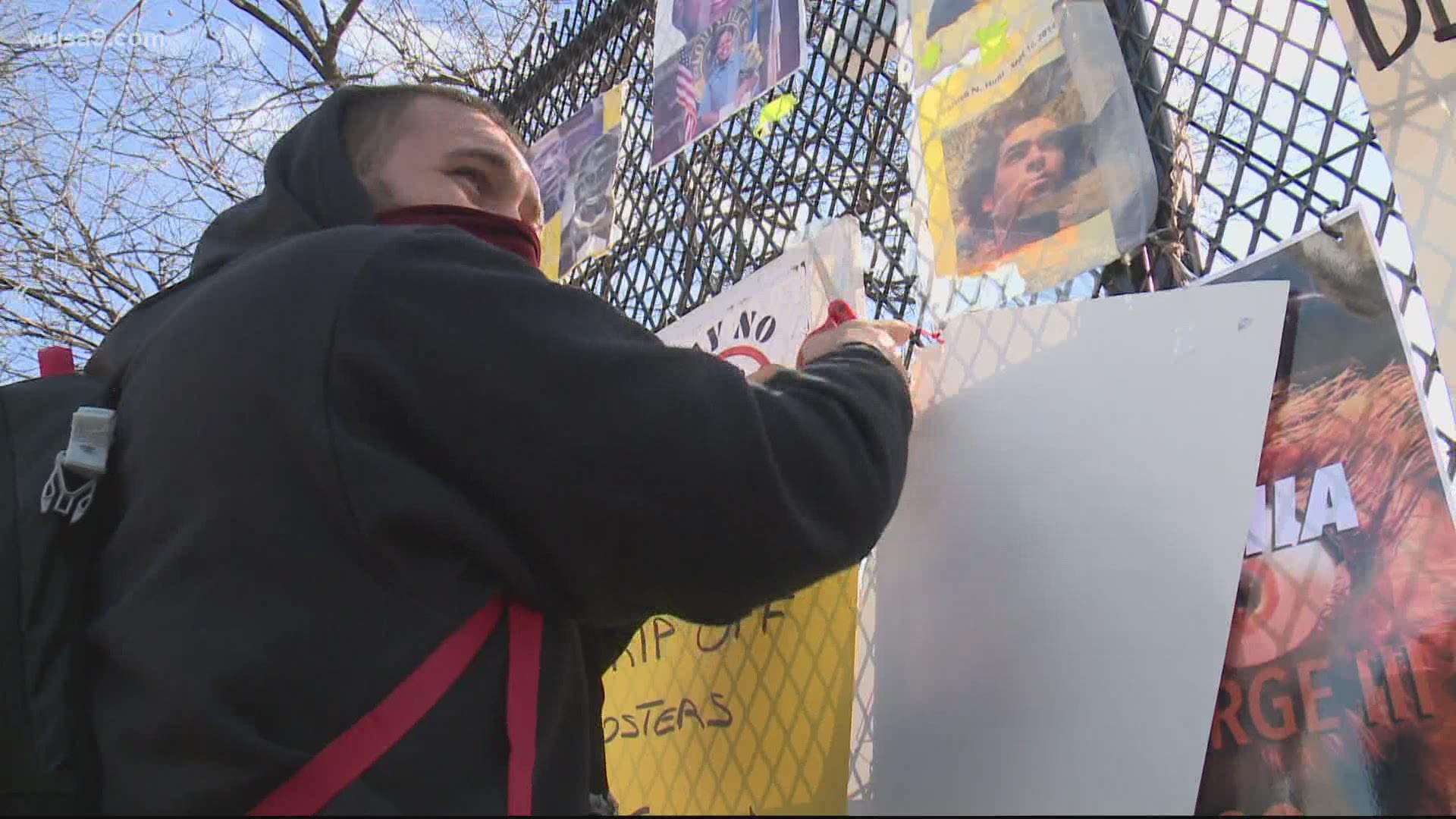 WASHINGTON — Last Saturday, protesters in town for the Million MAGA March descended on Black Lives Matter Plaza and tore down many of the signs and artwork on the White House fence that condemned racism and paid tribute to victims of police killings.

In response to this, a coalition of social justice organizations led by Shutdown D.C., Spaces in Action, and the Good Trouble Co-Op organized an effort called "Art Build," where people spent the last two nights filling the area around Black Lives Matter Plaza with new signs and artwork.

This is the Most D.C. Thing because it represents the strength and resilience of this city. We always rise like a phoenix. This city survived a crack epidemic! Y'all really thought tearing down some posters was doing something?!

The only thing they succeeded in was making folks go to Staples to buy art supplies.

We were here before and we’re gonna be here after. pic.twitter.com/zt6WbYtyA5

The Art Build effort was a peaceful way of saying "What you're not going to do is bring your little angry boy band to D.C and think you're running things." The artwork has been replaced and the Lafayette Square fence looks as if Saturday's chaos never happened.

RELATED: The Gallery Place experience summed up | Most DC Thing

RELATED: Restaurant known for feeding the homeless needs your help | Most DC Thing