Levi Souder was driving a route he often does on an icy Spokane morning when he heard a woman call out for help. His decision to act saved her life. 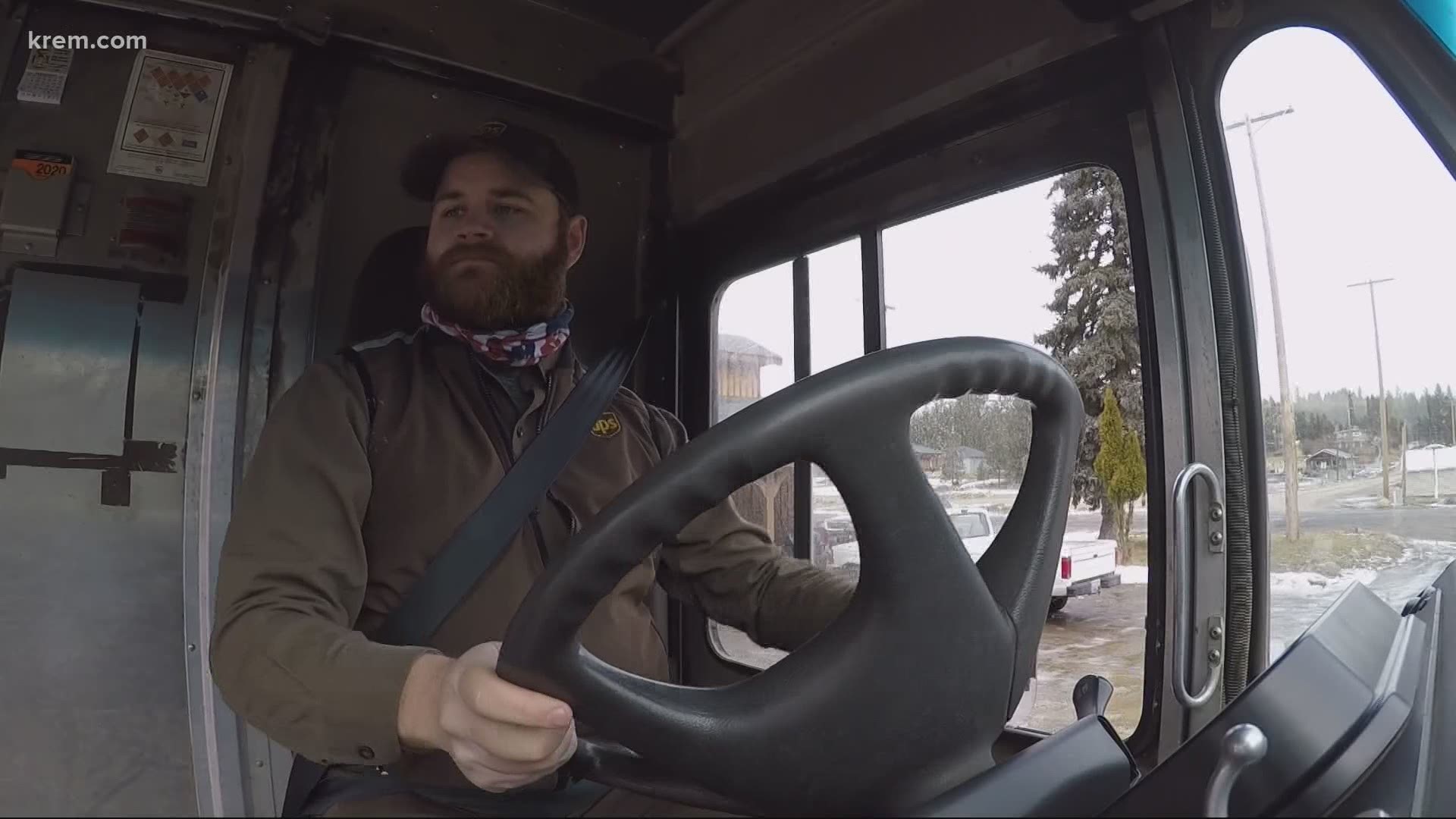 CHATTAROY, Wash. — The Sweeneys have lived in Chattaroy, Wash. for nine years. They are still adjusting to the different winters in Washington compared to their home state of New York.

On the frosty, cold morning in December, Zona Gale Sweeney left her house in her night gown to retrieve something from her car. When she stepped onto the ramp that leads to the couple’s driveway, she slipped and fell on a sheet of ice.

“My feet went out from under me so fast and so high that I wound up falling back on the point of my head. I was stunned,” Sweeney said.

With her nightgown above her head, Sweeney could not get any traction on the slippery ramp to maneuver herself to a standing position. She tried calling out to her husband for help, but he did not hear her.

That’s when UPS driver Levi Souder pulled up in his delivery truck.

Souder had a package to deliver for Sweeney’s neighbor. Normally when he delivers packages at that location, Souder pulls in front of the houses. That day, though, Souder parked in a different spot, closer to where Sweeney had fallen.

“I walked around the back of the truck to get the package for her neighbor, and I heard something like someone was in pain,” Souder said.

Without hesitation, Souder searched for the sound. He found Sweeney on the deck just minutes after she fell.

Souder immediately attempted to help her stand up. He got the attention of Sweeney’s husband, helped her inside, called 911 and waited for paramedics to arrive.

Once the paramedics were on scene, Souder quietly slipped away. He returned to his package delivery route, without knowing his actions were lifesaving.

Sweeney spent days in the Intensive Care Unit after doctors discovered a brain bleed caused by her fall.

She spent two months trying to contact the UPS driver to thank him for his kindness. She finally got his name from UPS in February. That was when Souder found out about the severity of her injury.

“God wanted me to be in that spot for some reason that day,” Souder said.

Now, Sweeney is fully recovered and thankful for what Souder did for her.

She now uses the experience to spread kindness. Sweeney wants people to take the time to be kind and thank others for doing the same.