"The Dark Knight" and "Inception" director's latest mind game-stuffed adventure is easier to admire than love, hampered by a faulty script.

I've always appreciated the fact that this filmmaker doesn't waste our time with retreads, repeats, or films that absolutely don't matter. He's constantly pointed the lens back at the human species and how their lives are entrapped by the concept of time. Nolan has told a mystery in reverse, bent our idea of the subconscious' powers in "Inception," and spun a detective case around Alaska's endless sunlight period. He twisted the idea of space and scientific discovery and told the story of an early day in World War II from three different viewpoints. In Nolan's world, one thing does lead to another, and sometimes in reverse.

The very idea of inversion dominates the core of his 11th and latest cinematic feature, "Tenet." In this reality, you can flip the flow of time, making the future suddenly chase down the past. Rearranging key events while resetting the overall clock. Throw in a sly and capable CIA agent only called "The Protagonist" (John David Washington), a deadly Russian billionaire (Kenneth Branagh), a good sidekick with some mystery (Robert Pattinson), and a woman (Elizabeth Debicki) trapped in a marriage to the previously mentioned bad Soviet power player. The dice in this game is a groundbreaking technological advancement called ... wait for it ... Tenet.

What this tech does exactly-more importantly, how it does it-may not be known completely until a few more viewings are in order. In a nutshell, it reverses the natural flow of time by sending agents into the future, so a better look at the past and big picture can be attained. What if the future could warn the present, thus allowing the impossible (prevention or acceleration) to be more attainable. Think "Minority Report" with some "Inception" and a dose of "Mission: Impossible" thrown in for good measure. As is the case with any powerful weapon or device in the history of movies as well as real life, it can mean World War III if it winds up in the wrong hands.

Commence the adventure and loud action, where The Protagonist and Pattinson's Neil try to prevent Branagh's Sator from ending the world, basically trying to contain Tenet and not allow it to cause a global catastrophe. Throw in The Protagonist's feelings for Debicki's Kat, who just wants to get her son away from the violent Sator before their failing marriage collapses.

Trust me when I tell you that I have only told you a sliver of the plot and what the 150 minutes have in store for you. This is a film that beats you over the head (in a good way) with its muscular score from Ludwig Goransson and ravishing visuals from the frequent Nolan collaborator, Hoyte Van Hoytema. This film is gorgeously rendered and the aesthetic is flawless. Nolan's reluctance to use the easy road of CGI and VFX blends potently with his old school desire to shoot as much as possible on actual film. That setup gives his movies a fresh look along with an old soul that is irresistible. Like staring into Debicki's eyes for more than five seconds, you're a goner every time.

She gives the most complete performance out of the cast, and that's because she is the only heart and soul that I really cared about. By showing us a broken woman holding herself together with the scotch tape of her son's future, Debicki's haunting eyes and sultry voice collided perfectly with Nolan's convoluted yet highly sophisticated world of espionage. If she doesn't play a big role in a Bond film sometime soon, Hollywood needs to get their head straight.

Nolan's affection for James Bond adventures shows a lot of color in "Tenet." If you ever wanted a Bond film by Nolan's rules, this is the closest you'll get. He doesn't know how to walk a straight line with a camera in his hand, and I think the movies are better for it. Who else could possibly put this together? An African American James Bond that must travel forwards and backwards in time in order to prevent something that's actually worse than a nuclear holocaust. A guy who doesn't shoot bullets, merely catching them instead using that sexy new tech where things can be ripped back from the future.

Bold is all that Nolan knows, and that's why I give this film a thumbs up, three cups of coffee out of four, or a basic "well done" pat on the back. He got that from me with the thrilling first hour, which featured a lovely blend of spy games, action, competent dialogue, and plot building. Country hopping and luxury stopping all the way, Nolan's world is intoxicating.

But it's also one that I couldn't get close to. Outside of Debicki, who is a supporting character here, there is no real heart at the center of this tale. Washington's Protagonist may carry the label of a good guy, but you never get to know him or what makes him tick. Washington has three expressions here: tense, confused, and very confused. He rolls off the words of Nolan's script with ease, but none of it really matters.

The romantic spark between him and Kat is forced and thus nowhere near authentic. Every Nolan film has a guy making way too many mistakes, risking many lives in the process, for a woman. It was done better in his older films. It's not a bad performance, but unlike Debicki and even Pattinson, there's not much there under the surface with Washington's character. Some of the cast have roles that evolve; the star of the movie isn't one of them, unfortunately. Branagh's villain is too cartoonish for his own good. Like the script, he gets more convoluted with each threatening monologue.

Washington's agent seems like just another pawn in the fight against evil and the film teases something bigger with him that plays out in the end-but I didn't care enough to wonder too long about it. Nolan is so wrapped up in his idea that he forgot to provide moderate character development. You have to piece together that puzzle yourself while deciphering the director's latest tricks. It's a workout to get through the film without having your head explode or be choked out by make believe. But at the end of the majority of his films, there was a heart-wrenching connection to the hero that was fully realized.

In "Inception," Leonardo DiCaprio's Dom wanted to get home to his kids. That carried you through the complex dream states. Bruce Wayne had to stop hating himself and conquer his fears before saving lives. Matthew McConaughey's astronaut is trying to save his family, as well as millions of others, in "Interstellar." That film lacked the cohesive force of Nolan's other work, but you at least cared about the protagonist's fate.

The Protagonist in "Tenet" is lethal yet cold to the touch. You never get close enough with him to worry about his survival. He's just part of the theme park ride that you'll ride more than once without fully understanding it.

Christopher Nolan's "Tenet" extends his streak of good films. At the very least, his films intrigue the mind and blow away the senses. Some of them hit harder emotionally than others. By taking big swings and executing his films in a unique way, they stand up to the test of time and always provide a thrill. The score alone here could get me to watch it again. It's got levels and poetry that give you a blueprint to greater things.

But four days after exiting the theater, I am sitting here without a true feeling of adoration. "Tenet" is a film that you can admire without loving. It went for something deep and interesting with its plot, and took audiences on a ride that never gave out until the final shot. A film that will break your mind, but please your eyes well enough so you don't mind the disconnect on the drive home. Clemence Posey's scientist, who breaks down the plot as precisely as possible in the first 30 minutes, puts it best to Washington's savior early on: "Don't try to understand it. Just feel it."

I felt it, halfway understood it, and came away with the idea that while this wasn't one of Nolan's best efforts, it's not a bad way to kill a few hours on a hot day. He's a filmmaker who wants you to chase him around the corner, and you do, because he always has something original waiting for you. You may not love it, but you'll respect it. As The Joker said in Nolan's Batman sequel, the director is like a dog chasing a car, but I didn't know what to do with it once I caught up to "Tenet."

The only fear I have after seeing "Tenet" is that he is getting bored and leaning too much on the concept of time. I would love to see Nolan return to the good old fashioned trickery of "The Prestige" or revive the cold, barren wasteland of cop thrillers. Shake it up and have some fun.

"Tenet" proves that Nolan can still deliver a picture. But it raises the question of can he deliver one every time that truly counts for something? Can he get back to greatness without toying with the concept of time? I think he can.

"Tenet" opens tonight at local theaters such as Galleria 6 Cinemas, Hi-Pointe Theater, and AMC Theater chains such as Esquire 8. 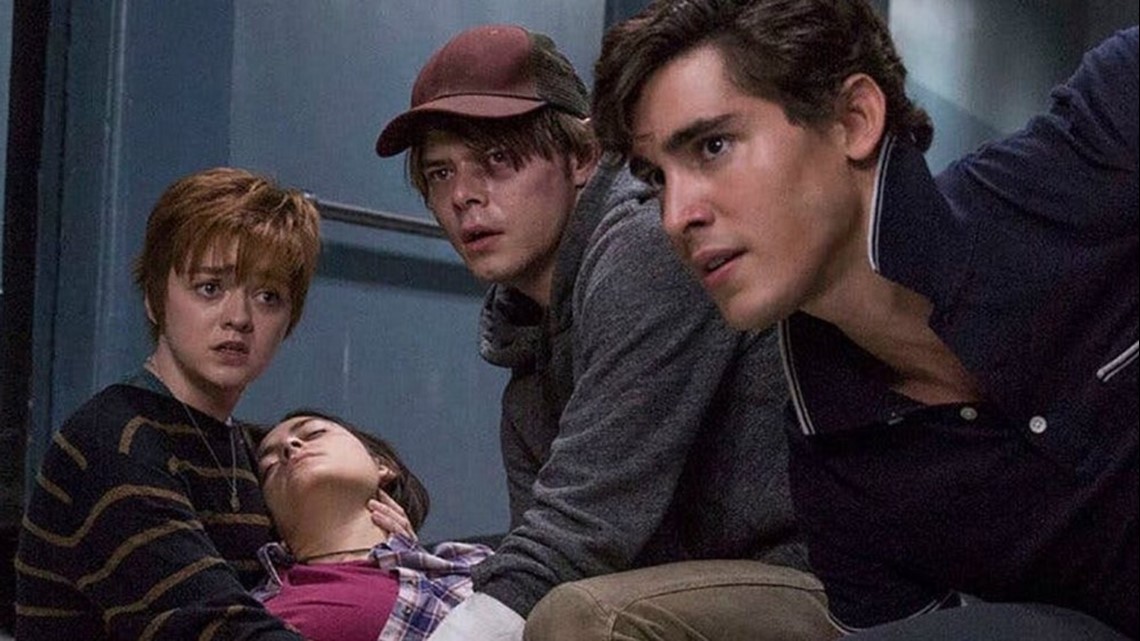 'The New Mutants' Review | A painfully subpar diet X-Men tale that packs zero punch
This X-Men spin-off lacks substance, smarts, or any reason to exist. It's everything that takes place after the first sip of diet soda: sadness and disappointment. ST. LOUIS - Early on in "The New Mutants," the latest diet Marvel/X-Men concoction, I wondered to myself, "why does this movie exist, again?"