In an interview with the magazine she talks about how she wants the White House to feel comfortable for everyone. 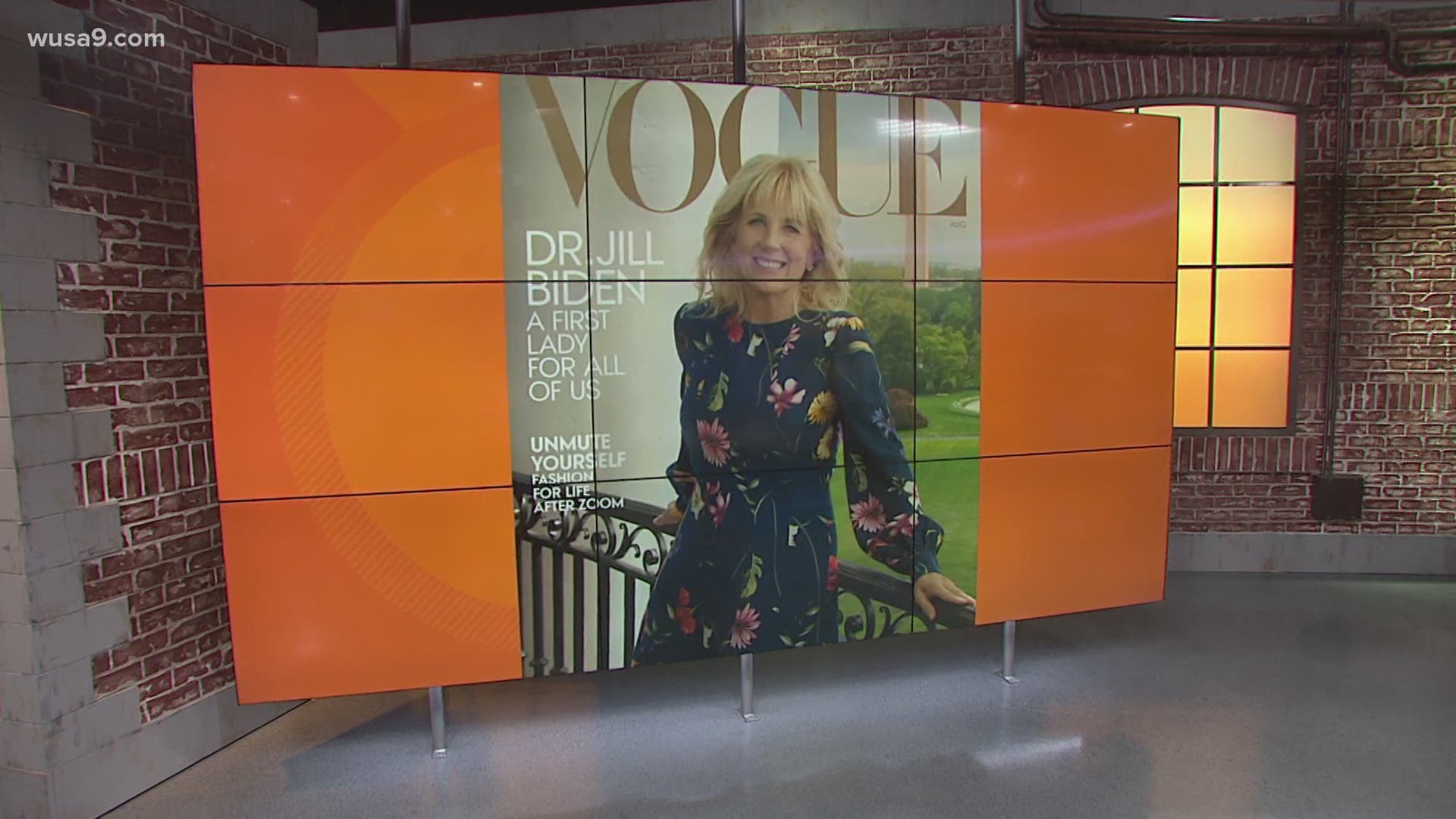 WASHINGTON — First Lady Dr. Jill Biden appears on the cover of Vogue Magazine's August edition. She's standing on a White House balcony with the Washington Monument in the Distance.

In the article, the First Lady talks about her career as an educator, and how she wants the White House to feel comfortable for everyone because it's the people's house.

While many First Ladies have been inside the pages of the magazine, Dr. Biden is only the third to appear on the cover while living in the White House. Hillary Clinton was the first, back in 1998. Michelle Obama was the second.

Melania Trump was snubbed from getting the cover while she was in the White House, but was on the cover back in 2005, after her marriage to Donald Trump.