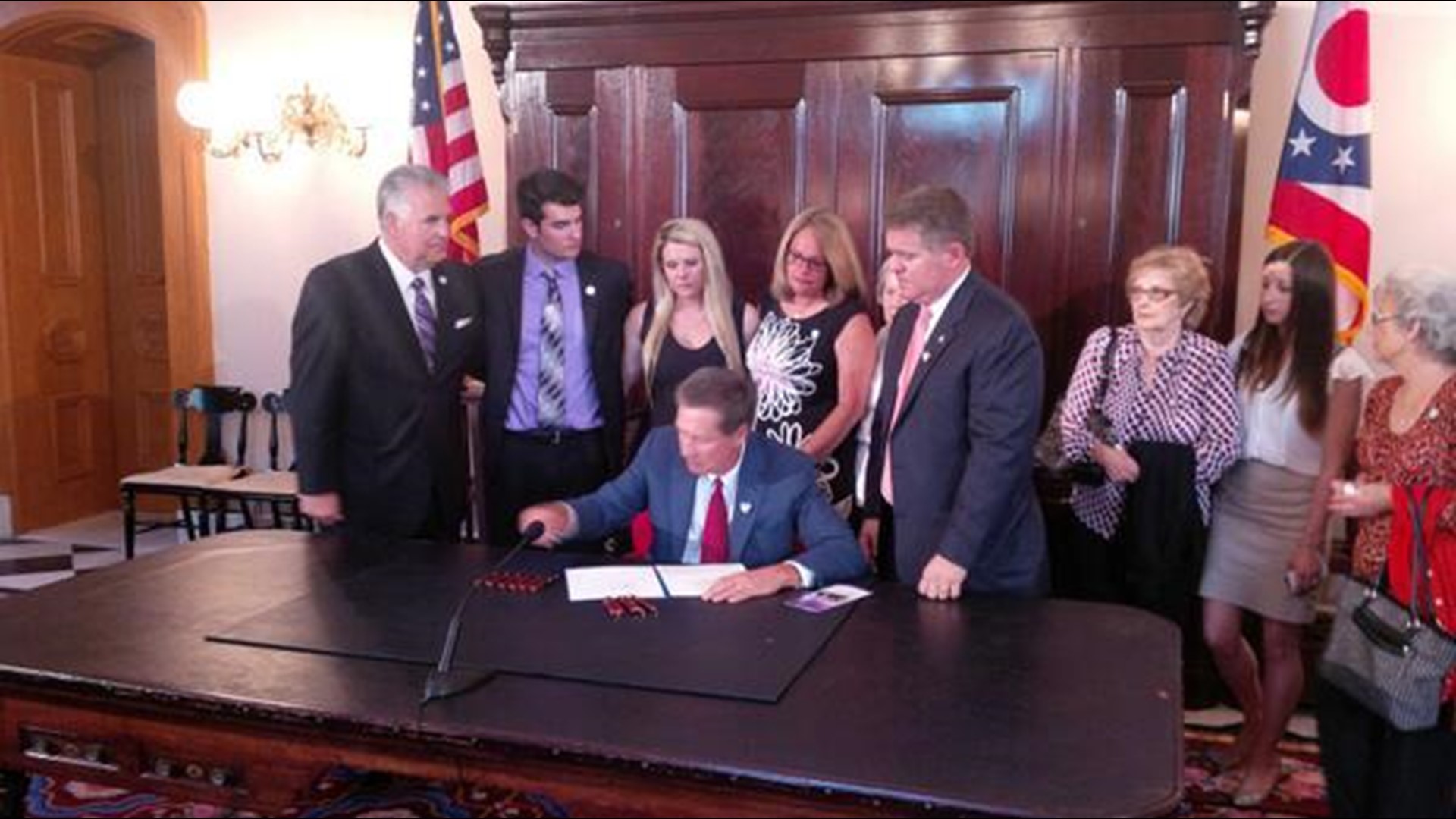 It was a somber and emotional day at the Ohio Statehouse, as Gov. John Kasich signed the law which remembers Dom Tiberi's daughter, Maria.

Maria tragically lost her life in a car crash last fall. Since then, 10TV Sports Anchor Dom Tiberi has worked to spread an anti-distracted driving campaign through Maria’s Message.

The governor says the state BMV is preparing to better educate Ohioans on the dangers of distracted driving.

“It's been nine months to the day since we lost Maria in the automobile accident,” said Dom.

Dom has committed himself to bringing awareness to the issue of distracted driving.

“We're losing our youngest and our brightest, and I'm honored that this bill will remember Maria in September, but it's not just about Maria.”

Many tears were shed at the statehouse as Kasich signed the bill.

“This breaks your heart, but if we can reach for the good, if somehow through this tragedy our faith can be - in almost an impossible way -  our faith can be strengthened,  the Lord will honor you,” said Kasich.

The bill signing brought together many members of the 10TV family. All have stood by Dom and his wife Terri, and their children Kelsey and Dominic, after Maria was killed.

Police investigators say it was due to unknown distracted driving.

“They have turned a tragedy into something positive,” said Sen. Jim Hughes of Columbus.

Lawmakers pushed the bill through quickly. Dom says it's now his mission to help save lives.

Dom has already spoken to 16 schools in central Ohio and reached over 8,000 students.