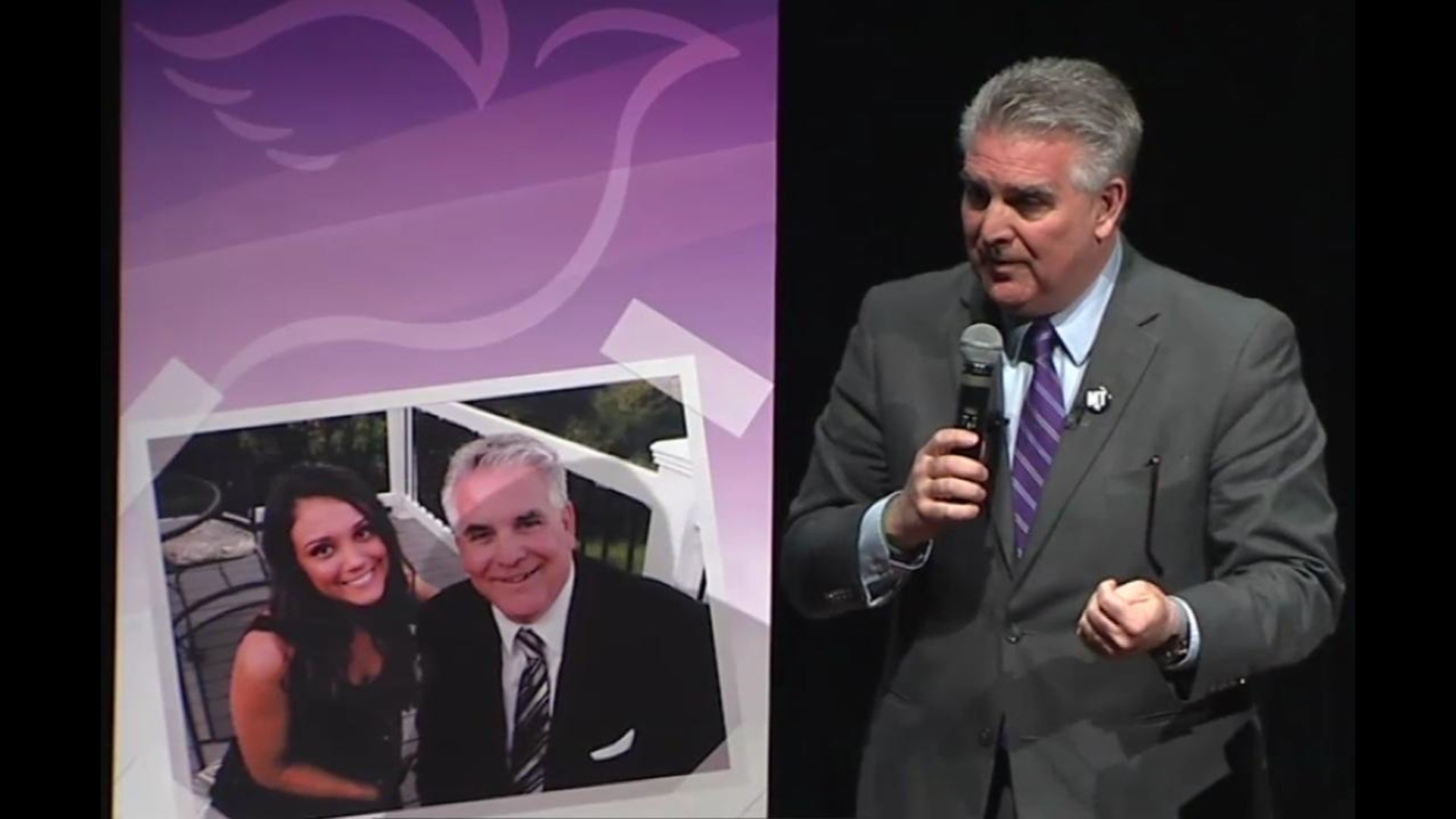 WBNS-10TV and 10TV sports anchor Dom Tiberi has launched the Maria’s Message school tour, an awareness program to honor Tiberi’s late daughter, Maria, and to educate teens and young adults about the dangers of distracted driving.

In February, the station launched “Maria’s Message” through a series of public service announcements.

10TV, Tiberi and his wife, Terri, along with children, Dominic and Kelsey, have committed to raising awareness of distracted driving, while promoting defensive driving through Maria’s Message.

“Eleven percent of all drivers under the age of 20, involved in fatal crashes, were reported as ‘distracted’ at the time of the crash,” said Tiberi. “The ages of these kids we’re speaking to has the largest proportion of drivers who were distracted. We have to educate them, and show them the risks.”

The high school juniors and seniors at Dublin Coffman listened closely as Dom talked about the moment he learned his daughter had been killed in a tragic car accident.  A few of the students cried, but all say his message was powerful and made them think about their own habits.

“We are young and we think we can live forever, and you don't really understand until it is your family or your best friend.  You don't understand that a text message could literally take your life,” said Dublin Coffman senior Abbey Price.

At the end of the talk, students are asked to sign a card, which is a defensive driving pledge.

Other visits on the Maria’s Message tour include: